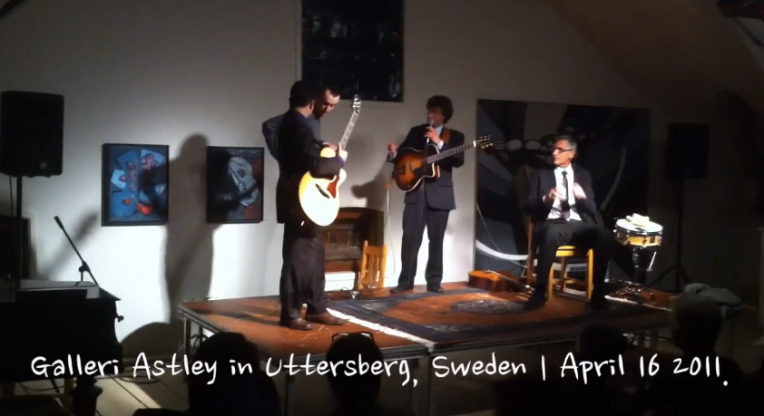 Welcome to the 25th ”Jammin with my Kala UBass” video!

In April 2011 I got to play with the amazing guitarist Frank Vignola and his trio. I have shared one video from that day in a previous post. [Jammin’ with my Kala UBass | 7]

This is the first song we played together. I had met the trio during a workshop at a Music University in Sweden just a few days before and they invited the musicians to come and play with them. I don’t live that far away so me and a friend went there…

During the intermisson we decided that we should play two songs together about 15 minutes into the second set!

[Later that year I met Vinny in NYC and we had a great time going to Birdland and a to a jam session at a great little place in East Village called Mona’s! Thanks for that Vinny!]

I hope I’ll be able to play with them again soon!